Great Denham Primary School and Pre-School is situated at the heart of the Great Denham Community and conveniently situated for Bedford town and road links to the M1 and A1.  Great Denham village is a new and growing community with facilities including  a Nursery, Sainsbury's Local, independent retail outlets and The new Village Hall which opened in 2016.

Our school opened in September 2012 with just 100 pupils, we have now grown to over 560 pupils in 2022!  We are now a three-form entry primary school in Reception, Year 1, Year 2 and Year 3 and two form in Year 4,5 and 6.  We also have a Nursery class for children from the September after their third birthday taught by Mrs Lee our Nursery teacher.  When our pupils leave us at the end of Year 6 they transfer to one of many local secondary schools including Biddenham Secondary School. 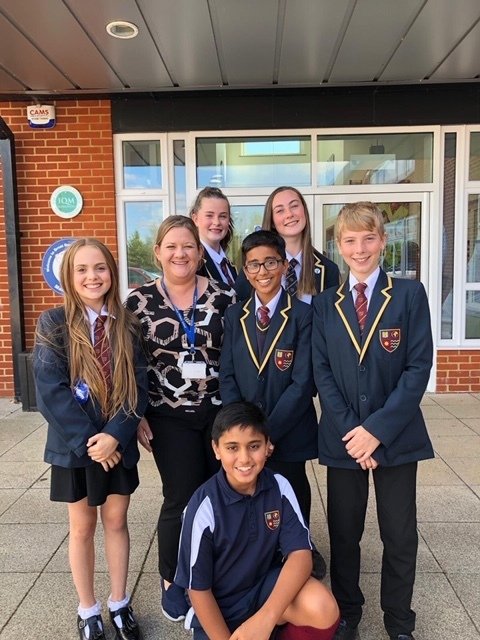 Mrs Burgess with some of our ex pupils of Great Denham Primary.

We use necessary cookies to make our site work. We'd also like to set optional analytics cookies to help us improve it. We won't set optional cookies unless you enable them. Using this tool will set a cookie on your device to remember your preferences.

Necessary cookies enable core functionality such as security, network management, and accessibility. You may disable these by changing your browser settings, but this may affect how the website functions.